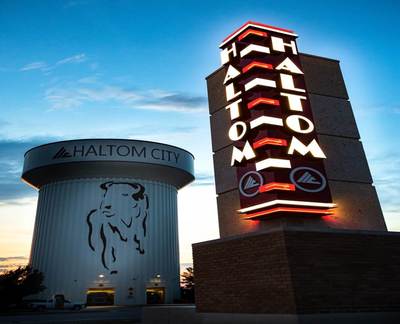 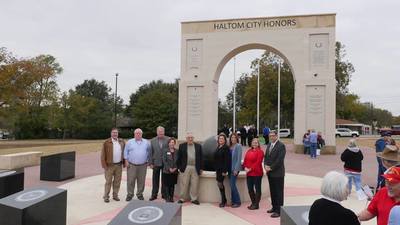 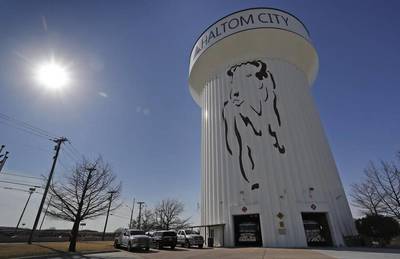 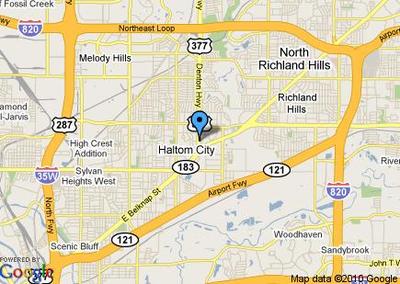 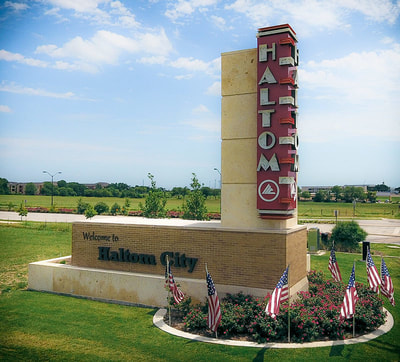 Located close to the geographic center of Tarrant County, Haltom City’s boundaries include the first county seat – Birdville.
Haltom City began to grow in the early 1930's when a highway (now East Belknap) was built.  Many of the businesses in Birdville moved to take advantage of the new thoroughfare and Haltom City was incorporated in 1949.  Today it is bordered by the cities of Fort Worth, Watauga, Richland Hills and North Richland Hills.

It is an exciting time for the Haltom City community and surrounding area.  The city is within one mile of the I–35 / NE Loop 820 intersection.  The I-35 Alliance corridor is the gateway to the Texas Motor Speedway and Denton County.  Haltom is also just a few miles from the Fort Worth Stockyards and the downtown Fort Worth Convention Center.  Plus, D/FW International Airport and the City of Dallas are quickly and directly accessed by the NE Loop 820/ HWY 183 Toll Road.

In recent years, Haltom City Leaders have been positioning for economic prosperity by making significant investments constructing beautifully landscaped backage roads and installing utility infrastructure along the NE Loop 820 corridor.  This area has been branded and named Haltom Northern Crossing.  The NE Loop 820 corridor road construction project is finally complete and now is the time to start development efforts along this significant regional corridor.  There are newly constructed monument signs placed strategically along the Northern Crossing area, which feature the iconic and historically significant Haltom Theater marquee.  These signs welcome both visitors and residents alike into the city while setting the tone for future expectations.

The Haltom City Economic Development Corporation (HCEDC) has recently developed strategies for creating a mixed-use town center on HCEDC owned land.  This 43-acre tract is located next to the Haltom Public Library on Haltom Road South of NE Loop 820.

Construction efforts have started for an upscale master-planned, single-family residential community and a luxury apartment home development.  This Master Planned development named, “High-Pointe” will be complimented by beautiful landscaping and numerous water features.  The High-Pointe development will be located on the Haltom Road corridor just North of NE Loop 820.

The city is currently in an agreement with a hotel developer to build a high-quality, 125-room Holiday Inn and two stand-alone restaurants on the southside service road of NE Loop 820 with construction scheduled to start in late 2017.  In addition, the city is negotiating for two more select/flag hotels and six restaurant pads along the north side of NE Loop 820.
East Belknap is also experiencing a new surge of businesses.  A variety of unique Asian restaurants and businesses make East Belknap their home and the area continues to grow into a destination for diners and shoppers.  Utilizing a grant from TxDOT, the City has reconstructed the intersection of East Belknap and Highway 377, creating four distinct corners for new development near the historic Haltom Theater.

The old Haltom Theatre located on Belknap Street is currently being remodeled and will once again bring entertainment to the area.  The theatre will host live plays, mystery dinners, a full-time café, concerts and much more.  This historic theater’s resurgence has caused long-time residents to reminisce over the memories made at the Haltom Theatre venue.  The Haltom Theatre was a place where families gathered, friendships were formed and even marriage proposals were made.  It is heartwarming to know future patrons will make new memories in this historical place.

Additionally, the City has a large vibrant industrial area that provides a significant number of primary jobs which of course support secondary jobs.  This is just one more reason that it makes sense to develop in Haltom City.  Haltom city and the surrounding area have several large manufacturing employers like Mercantile, Tyson Foods, Nurse Assist, Medtronic’s, a large school district and numerous major retail warehousing operations that keep our community economically attractive.

The Haltom City Veteran’s Memorial construction is now completed.  There was great attention and reverence for every decision in the design and construction of the project.  This significantly large memorial will have features such as a 6,000-pound ball of granite turning within a water fountain displaying the various continents of our planet.  This ornate fountain will be surrounded by granite pedestals honoring the branches of our military.  The platform will include a 30-foot high Honors Arch along with numerous other design elements.  This memorial will be a place of reverence where citizens can reflect, respect and contemplate the sacrifices made by those who have and do protect our American Way of Life.  This memorial is located at the North end of Haltom Road Park, just South of Broadway.

With all that is happening in Haltom City, it’s no wonder that it’s a great place to live, work and raise a family.

Find out more at www.haltomcitytx.com